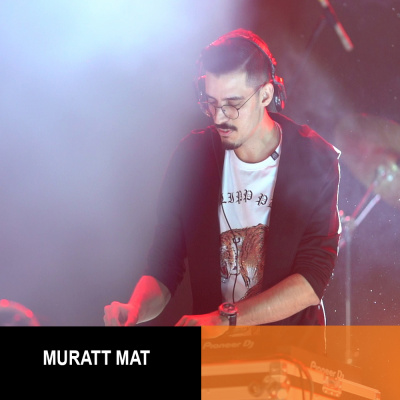 Muratt Mat 1989 Born in Turkey in Eskişehir / Tepebaşı Turkey, he started to be interested in music with his org / piano which his uncle gave him in the middle of 1990s, In 1997, he moved to #Bursa with him family and continued him life here. He completed him primary and secondary education in Bursa, he trained in Computer Programming, Graphic & Web Design, Computer Technician branches and developed her in production and sound recording technologies with various music softwares. continued his work in 2004 by making audio books, commercials, series of audio dubbings and various recordings as a voice and advertising responsibility for a local radio production, he founded the first musical studio, still active in the same years, and started to make various recording and album arrangements in this studio.

In the summer of the radio which is in its constitution, the spring festivals of the universities, the program presentations and the performance dj at the summer festivals and concerts of the municipalities, at the top of the summer , Alanya, Antalya, Fethiye, Bodrum, Marmaris, Çeşme, and outdoor concerts. . In 2010 Olay FM 90.5, which is located in Olay Media Center which is the biggest press organization in Bursa, has prepared the Saturday programs by the way the program still continue with in the name of different DJs. . ( ClubinDance and ClubinTurk ). In February 2017, he was resigned Olay Fm on its own request to announce the music on the National Channel and Frequencies. After a short time session, he has started to perform Radio D 104, Radio Mega Ankara 102.6, Izmir 105.7, Istanbul 101.8, Club Mega and Party D programs friday and saturday.