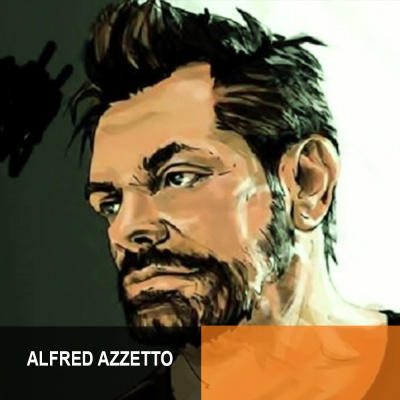 Alfredo Azzetto has proven his capability with productions such as the hugely successful DB Boulevard Point Of View and more recently remixes for Ministry of Sound, Hed Kandi, Atlantic Records,, Soulfuric , Peppermint and many more. His latest project, Colors and Colors Are Forever has had an incredible amount of support from the media and some of the best house music DJs and producers.Alfred Azzetto has an irrefutably prolific discography developing from a solid 20 years of experience which has led him to become one of the most respected and leading figures for house music, in Italy if not the world. Point of View, the debut single of his DB Boulevard project was without a doubt a huge success, remaining number one on the US billboard dance chart for three weeks. This track was also one of the biggest selling singles in Italy which led to a nomination for the MTV Music Awards 2002.2007 saw Alfred take the spotlight again with his more resent productions Voyager and Colors and Colors Are Forever released on Purple Music. This was just the beginning of Alfred's reign at Purple which continues now through a recent collaboration with the one and only Robin S on the track "Near The Ocean" and the tribute to Larry Levan "84 King Street" produced with Christian Hornbostel and released with a array of remixes.When people discuss Alfred as a DJ, they have always find it difficult to pigeon-hole his style. He has procreated a unique blend, rich in musical flavour that can only be described as an amalgamation of genres that tantalize everyone's 'taste buds'. This rich sound has developed from a broad musical background, which is regarded as the key to his success.