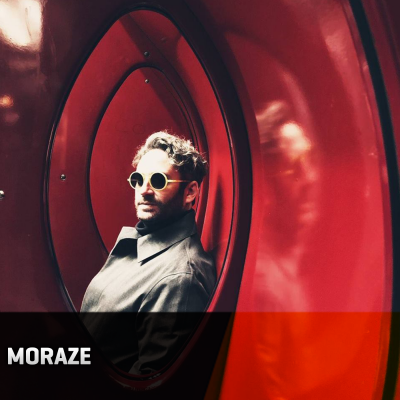 'Moraze developed a passion for music during his childhood in Biarritz and, since then, has never looked back. As a young boy, Moraze was exposed to the link between sound and feeling at his mother's dance school where he would spend most of his days watching the rapport between the dancers and their music. This combined with his classical training at the Maurice Ravel Academy, has allowed the developed ear of the, now, Paris resident to relish in exploring the intricate details of modern electronic music and the intersectional relationship between melody and emotion in the deeper areas of house and techno.

This is reflected in Moraze's productions which are characterized by stirring progressions intertwined in dark undercurrents that totally immerse dancefloors in a collective atmosphere which the long-time DJ/Producer morphs and enhances during his entrancing DJ sets. With a catalogue of music set to be released over the coming months, the musical development of Moraze is sure to bring that hypnotic energy to the ears of electronic music fans the world over.