Share
Add to playlist
Add to my favourites
Prev
Next 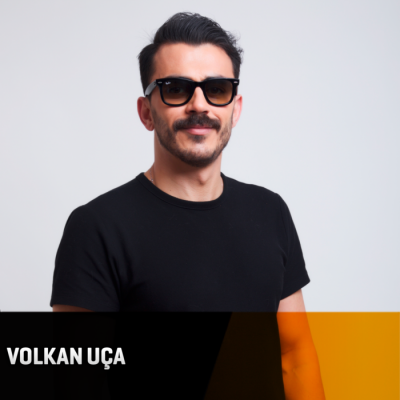 Volkan Uça started his DJing career back in 2001 in Kuşadası. In order to improve himself in music, arrangement, mixing and mastering, he took big steps and received many trainings. With his background, he produced house music and made remixes in different styles, performing in many cities of Turkey.

​In 2008 he started his own international production company named Uca Records and he released his music for audiences around the world. He became a pioneer of a new wave by combining Turkish motifs with house music. He named his first work in this genre "Istanbul". "Istanbul", which he released from his own label, became no.1 hit on Shazam and iTunes lists in 8 countries, enabling Volkan Uça to meet the best production companies, work with vocal artists from various countries and perform with them. While he became the producer of Istanbul Dinner & Sunset, Ibiza Sunset & Lounge and Mykonos Sunset & Lounge albums and each song he produced has found place in Buddha Bar and Claude Challe album series, he released his latest song "Dubai" featuring Memfisa. The video of the song was filmed in deserts, historical sites and beaches of Dubai. "Dubai" is expected to make the lists soon, just like the "Istanbul" song. The remix he has made in a different style for Pascal Junior's "HoldinOn" song which had found huge success on music charts, received a great deal of attention. After 1 year of its release, it was another accomplishment for Volkan Uça when Ultra Music took the song and its remix and released it globally. ​

The successful DJ performed in Romania's major festivals such as Never Sea and Untold. Recently, he shared the stage with names like Claptone, Hot Since 82 and Mark Knight in official Formula 1 parties in Abu Dhabi and his performances in various countries still continue.

​Volkan Uça also offers music performance service with his team in Turkey to many top-class venues and keeps producing house music and its derivatives in various genres...