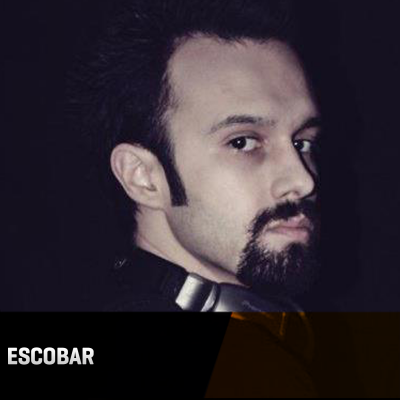 * In 1994, to this day in Turkey and a nightclub abroad, a lounge, a la carte, restaurant, cafe and get started in has performed on the same platform with a world-renowned local and foreign artists and DJs.

* He has his own record label from UK / Brighton (Talent Records & Talent Agency & Talent Hunter).

* He has been a talent hunter by exploring many artist candidates waiting to be discovered for 11 years.

* In addition, he performs A&R in ''Maiden's Tower Records'' and ''Maqam Records'', which are the record companies of famous Turkish Oud Artist and Composer Ersin ERSAVAS.

* He made A&R in the first Turkish record label ""Sound Academy Records"", which was opened in 2005 in Beatport by DJ Coslow (Serdar Ors).

* In addition, DJ Coslow (Serdar Ors)'s other record companies, ""Sound Academy Plus"", ""Deepsound Academy Records"" and ""Eastern Disco"" have both releasels and made A&R.

* His first single with DJ Burak Cilt is ""Must Be Feeling"" ; Costantino Padavano a.k.a. DJ Funky Junktion's record label ''Sheeva Records'' in Miami, he was released in 2012.

* Immediately after, he continued to release his singles in the record company ''Made In Turkey Records'' of Ilker Aydin, the resident DJ of Bodrum Halikarnas Club.

* The EP album, which was released on all digital platforms in MiniMarket Recordings, the famous Italian dj Alfred Azzetto's record company in February 2020, reached the 14th place in the Progressive House Top 100 category on the Traxsource website.

* It ranks 1st in the TOP 100 DJ Rankings on the Traxsource site in terms of statistics for the year 2020.

* Digital Music Web Radio, which was established in 2014 and started to be active professionally in 2019 and hosts many international famous DJs in its family ; He is the Music Director of Radio XLarge.

* Together with his partner CENK DARI, who is on Power App DJ & owns Radio XLarge, they founded XLarge Records in The Summer of 2020.

* In 2020, it organizes special podcasts with the record label Talent Records, together with many world famous foreign DJs.

* It also takes the stage with different pseudonyms according to the musical styles.