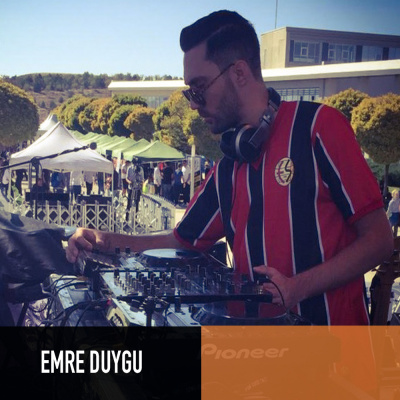 Emre Duygu, is a second born child of a family whose life story coming from Yugoslavia to Eskişehir. He was born in Ankara and currently living at there. Since he was a little, he started the music with a classical guitar and throughout the years he become more and more professionally interested in other fine arts. In this process, he found an opportunity to research about celebrities and he fondly followed a particular one, Romen DJ Pascal Junior and this celebrity became his role model for style. After finishing Bachelor's Degree in Department of Geological Engineering at Ankara University, besides his DJ performanses, he continued his modelling career which started in 2014. And since 2018 he is modelling for Joker Agency. At the same year he started his professionally DJ performances in House Music, Deep House and EDM style. Since 2019, he started his couching career and teaching about DJing at Oxodj Academy. He joined Power Fm as DJ in 2020. His ame is acting upon his works without pausing.