Share
Add to playlist
Add to my favourites
Info 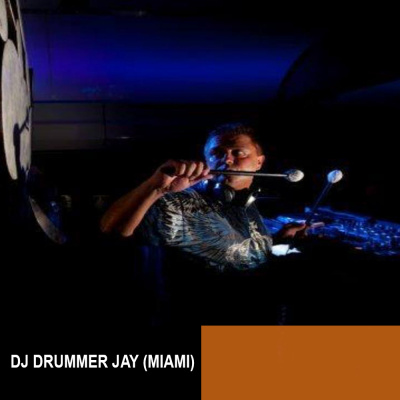 The drums setup is the will catch public attention from the first sight.
Drummer Jay has been working together with famous Dj's and producers as Danny Rampling, Outwork, Nicola Fasano and many more…

Now the Famous Ibiza Drums player together with the best Harp player in the World Victor Espinola which  presents an unusual show with music and instruments, whose sound stirs the hearts of people everywhere.

Jim  has started DJ'ing end of the fascinating 80's when he was 15 years old. So his music style and taste is a blend of 80's/90's/ and today's European (Ibiza) and American (Las Vegas) culture.

Until recent he has been dj'ing around the world feeding and satisfying the crowds with his up-rhythm tempo House/Vocal House style sets and Gypsy-Latin percussion beats, impossible to resist to move your body to his tunes. New York, Las Vegas, Miami, Los Angeles, Ibiza, Santa Domingo, Guatemala, Istanbul, Chesme, Kushadasi, Antalya are few of the places that he has been Frequently.

Since his early ages Jim was very keen in playing instruments such as bongo, drums and darbuca even before he started dj'ing.  In 2008 he came up with the idea combining his dj set with his own percussion show and designed variations of it.

It was a well known routine, a percussionist to perform along a DJ, however it was a first ever for a DJ to perform as a percussionist along his own DJ set. Besides being a first it has two major advantages: first a dj would have a better ear to his own tunes and dj set and he would therefore perform the percussion in a good harmony with ths instantly played track. Second it is a far more interesting stage show as one that we have to admit.

Consecutively he attracted many Promoters and most important for him, he succeeded in signing 2 residencies for the very same 2009 summer season in Ibiza, party island of the world.