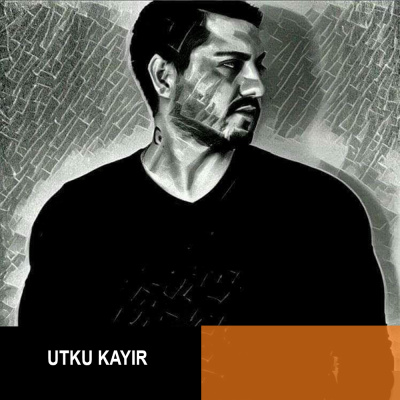 Utku KAYIR (U.K)  Was born on the 7th of May 1983 in BODRUM Turkey.
He is the son of a musıcıan father and so he grew up with musıc.
After spending years searching for his personal style he started working in Marmaris at the Bar street.
His first working experience was at he ''Baykush Bar'' at 1999-2000 and after that he start working as Resident Dj at''Down Town Energy''.
During this time, he began to make a lot of sounds, remixes on his own.
In 2008 he started at the Bar Street in Marmaris as Resident Dj at ''Club Unique''.
In 2012 Utku Kayır played at ''Royal High Lights'' Beach Club / Bandana Beach Club / Kuum Beach Club / Voyage Bardakçı Bodrum Beach Club / Bodrum GALA Music event in Bodrum as Resident Dj and was addition Music Director. From the beginning when the Beach Club Bodrum was building he war there and complete his mission. At the same time he played in Muğla ''Arma Locca'' as Resident Dj and was the Music Director.