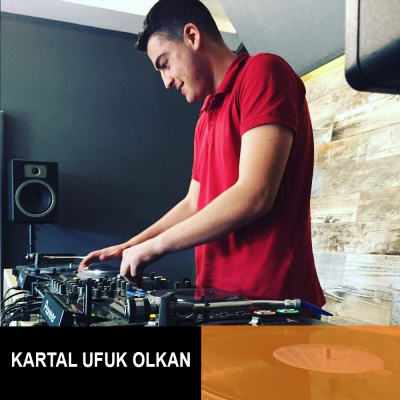 Born in 2001, Turkish DJ and producer Kartal Ufuk Olkan has been working on electronic music since 2015. In his early career, Olkan took the "Pioneer DJ" certificate from Connection Records, Burak Yeter's well-known music academy. His first single "Passion" was labeled by Emrah İs's Million Records on August 21, 2019. Olkan released his second single "Flying High" under the label of Deeperise on March 13, 2020. In addition to these songs, Olkan released his third and fourth singles as "Life Goes On" and "Care About Me" on 2020 summer. Olkan regularly performs with his DJ sets on Power App since April 2020. Kartal Ufuk Olkan, who have been musically supported by Deeperise, Emrah Karaduman,Emrah İs. Olkan focuses on deep house music. His last track "Love Got You" released by Soave Records on November 20,2020.